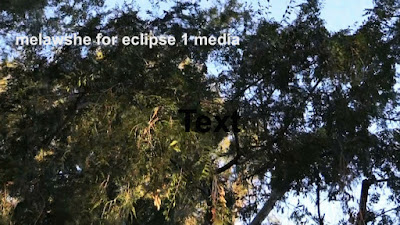 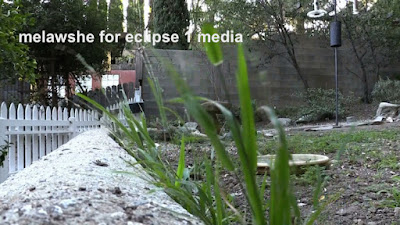 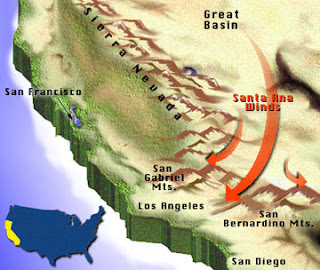 Discover the Headwaters of the Los Angeles River

Do you know the L.A. River? Really?

Discover the River walkway from the Headwaters to DeSoto Ave.

They say the river begins where Bell Creek and the Calabasas Arroyo combine. Since the 1940s that location has been fixed just north of the intersection of Owensmouth and Vanowen in Canoga Park. (Just a skip away from the Topanga Mall.)

The sculpted 'V' of the waters coming together forms a jut of land that is topped with the Canoga Park High School sports field. From Owensmouth east, a foot path has been added along the River. Native plants provide habitat for butterflies and birds, while thin riffles of water flow over narrow sandbars on a cement stream bed. 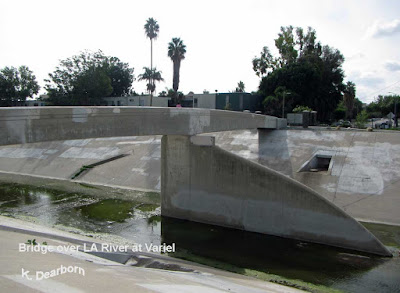 It's quite beautiful really: the lines of the bridges, sweeping fins of concrete, heron-themed gateways.

During a walk from Owensmouth to DeSoto and back, I saw a variety of bird species, including yellow-rumped warblers, a pair of white-crowned sparrows, and a black phoebe. 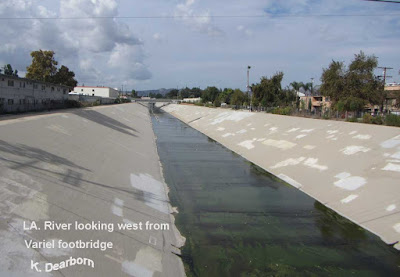 There were views of the Santa Susana and Santa Monica Mountains, where the water originates.

Benches built along the pathway offer respite for a thoughtful moment. Trash cans and dog waste stations are plentiful. Walk the north side of the River and the path will take you under Canoga Ave. 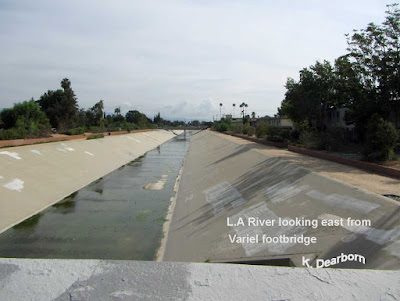 I'm excited to embrace the L.A. River as a place to visit, but this ideal is fragile. Neglect and trash can quickly mar the opportunity. Let's take ownership of our river. Use the plentiful trash cans and dog stations. We have a chance to recreate something soulful and living. Let's not allow apathy and ignorance to destroy this chance for a Walk by the River.

How Tall Is a Redwood Tree? 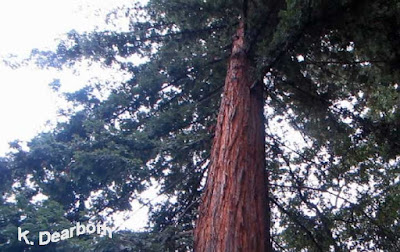 It can be hard to understand the true size of a California coast redwood tree (Sequoia sempervirens) until you measure it out. 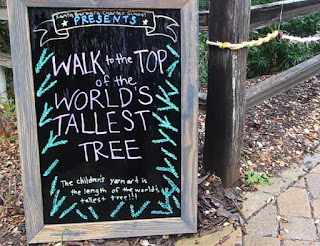 See more of the fiber arts in the garden. 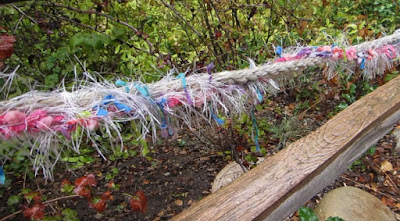 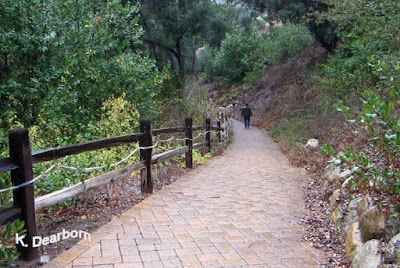 The Santa Barbara Botanic Garden's redwoods are only 79-90 years old. They are still babies.

Subscribe to TheEarthMinute.com for your weekly video escape to the natural world.

How Do Trees Dream? 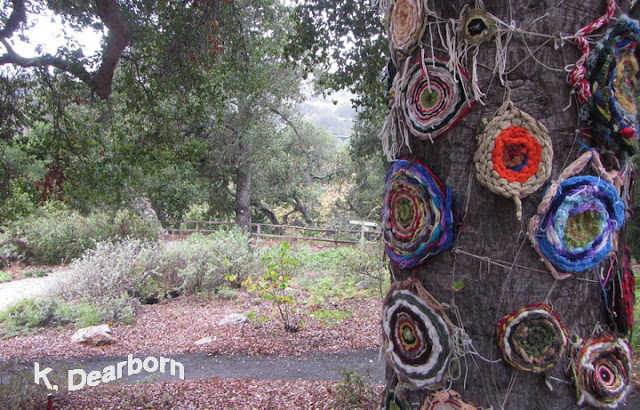 Take a walk through the dreams of trees and plants as envisioned at the Santa Barbara Botanic Garden. Look for the "rain catcher."

"Dormant Dreams" is a temporary fiber arts installation by Yarn Blaster Babes and their collaborators at the Santa Barbara Fiber Arts Guild and students from Santa Barbara Charter School. 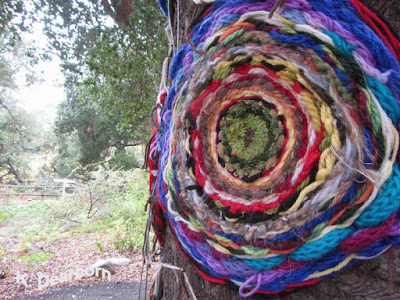 Especially in the quiet rain, you could hear the trees dreaming.

Morning in a Habitat Garden

Despite the drought, you can still have green landscaping in California if you go native. Take a minute and appreciate the variety of leaves among our native plants.

These natives are green and healthy even at the end of a dry summer.

How do they do it?  Adaptations to their leaves help them avoid moisture loss.

Some leaves are fuzzy with tiny filaments that help break of the sun's pounding rays. A velvety leaf also reduces air movement across the surface, thereby reducing transpiration of moisture.

Narrow leaves reduce surface area exposed to the sun. Some plants like the fairy duster (Calliandra) respond to direct sunlight by closing up their leaves to further reduce exposure. When the sun is less severe, the narrow leaves unfurl and open wide.


Many California native plants have evolved with combinations of these adaptations making them successful drought survivors and good choices for planting in yards.

Here is a list of the plants as they appear in the video:

See how native plants create habitat in a backyard


Visit TheEarthMinute.com
for weekly 1-minute videos of the natural world.